A feasibility study was commissioned in 1998 to assess the need for a Department of Health Sciences. The study included an international team of experts and professionals who included doctors, nurses, educators and managers. The team conducted a survey in several African countries and positive responses were received from countries such as Angola, Burundi, Sierra Leone, Kenya and Zimbabwe. Due to the positive responses the Department of Health Scinces was opened in 2003 and funded by USAID; starting with the Post Basic Bachelor of Science in Nursing (BSN) degree in 2004, followed by the Master of Public Health (MPH) in 2005, the Bachelor of Health Services Management Degree in 2006, and the Bachelor of Medical Laboratory Science that started in 2013.  All the four programmes are accredited by the licensing bodies in Zimbabwe and the countries of students ‘origin. The Department has been able to attract students from across African countries such as Malawi, Zambia, Burundi, Sudan, Nigeria, Ghana, Democratic Republic of Congo, Liberia, Sierra Leone, Cameroon, South Sudan, Kenya and Mozambique

The mission of the Department of Health Sciences is to develop a leadership cadre of medical, nursing and community health practitioners who will be able to function adequately in sub-Sahara African countries as health care practitioners, and coordinators of prevention and control programmes targeted at diseases of public health importance, including HIV/AIDS.

5 'O' level passes or equivalent including English language and Mathematics. In addition, the student must have a pass in Chemistry and either Biology, Physics or Physical Science at “A” level or equivalent.
Alternatively, admission may be granted to holders of a Diploma in Food Technology, Food Science and Nutrition, Food and Nutrition or City and Guilds from a recognized Institution. Agriculture diploma holders with “O” level Biology, Chemistry and Physics or Physical Science and Food and Nutrition will also be admitted.

5 ‘O’ level passes including English Language and Mathematics. At least two GCE Advanced level passes in Science subjects or equivalent. Holders of Diplomas in relevant areas may be considered for admission.

5 ‘O’ level passes at grade ‘C’ or better including English Language, Mathematics and Biology at ‘O’ and ‘A’ level or equivalent. A Diploma in Nursing and minimum of two years work experience. Must be registered to practice as a nurse by the Nurses Council or appropriate Health Professions Board. All international applicants must be registered with Nurse Council of Zimbabwe before joining the programme.

A good related first degree in a relevant area.

A good masters degree in a relevant area.

The project is an extensive collaboration that looks at the patterns and determinants of community sourcing and use of antimalarial drugs in Mutasa District during experiences of malarial episodes.t

Partipants in the Research

All-age residents of malaria-affected districts in Zimbabwe covered by the ZAPIM programme.

Evaluation of Maternal deaths due to Malaria in Manicaland Province

An estimated 3000 women die every year in Zimbabwe during child birth and at least 1.23% of GDP is lost annually due to maternal complications. Maternal mortality has worsened by 28% from 1990 to 2010. Most of what needs to be done is known. Past efforts have managed to sustain high levels of ANC visits among pregnant women and skilled birth deliveries yet maternal mortality estimates remain high. While innovative thinking supported by a stronger vital registration system is needed for progress towards reducing maternal mortality, quality of care in maternal health services seems to be the missing link. In addition, there is need to progressively expanded the scope and entitlements of maternity protection and provide perspectives for malaria control policy and action. Many malaria maternal deaths have been recorded though they have been on treatment

This is a 2 phase study being carried out as my Doctoral thesis Phase 1 of the study is examines the factors contributing to delay in deciding to seek care amongst pregnant women in Mutare district through an exploration of the familial, socio cultural, economic, religious and health system influences on home/community based deliveries in the district. The purpose of Phase 2 is to develop a model for understanding factors that contribute to home-based and/or community-based deliveries amongst pregnant women in Mutare District

Partipants in the Research

Separate categories of Pregnant and none pregnant women of child bearing age, elderly women and men in Mutare District. 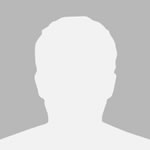